In the past, we’ve described how to fingerprint Ubuntu OS Version using OpenSSH. This time, I’ll explain how to Fingerprint FreeBSD.

The basic theory is the same:

The big difference from the Ubuntu post is how to map the FreeBSD banners. I’ll explain that next.

I did some research, but I could not find a resource similar to Ubuntu’s Launchpad entries, with information that could allow me to determine the relationship between OpenSSH version, build version, patch version and FreeBSD version or something similar.

Using a small script or a web proxy, we can get a list of all the default values and the FreeBSD version. I used Burp to obtain the valid FreeBSD versions from the man page and then used them as payload as shown in Figure 1.

After launching the script, we get these results:

Figure 2. Results and list of FreeBSD version and FreeBSD banner

Those results could be saved in a CSV file and then analyzed. It is also important to mention that old versions of OpenSSH (for example, FreeBSD 4.7 and earlier) did not include the parameter and were not included for review. However, those versions have been end-of-life for a few years now.

Comparing the list of banners vs banners in the wild

Now that we have a list of banners and the corresponding FreeBSD version, we should check that we have a match for most of the banners out "in the wild".

It is not required to authenticate to the device in order to get the banner. A simple TCP connection is the only thing needed. This means, that this information is available for any FreeBSD machine on the Internet running OpenSSH.

I used Shodan to get a list of banners so we can verify we’re catching most of them. There are a couple of ways to do the next query. One option is to query by port (the default port of SSH is 22):

Another option is by product (“OpenSSH”):

In both cases, I added “freebsd” to only show banners that are related to FreeBSD.

I exported 50,000 results in JSON format for analysis. I grouped the results by unique banner, and I got about 180 unique banners. Over 90% of them were matched with the fingerprint information I generated earlier. Most of the non-matching banners are edge cases, either someone who modified the banner or an OS that uses FreeBSD as a base (for example TrustOS). Figure 3 shows a graph of the exported results. 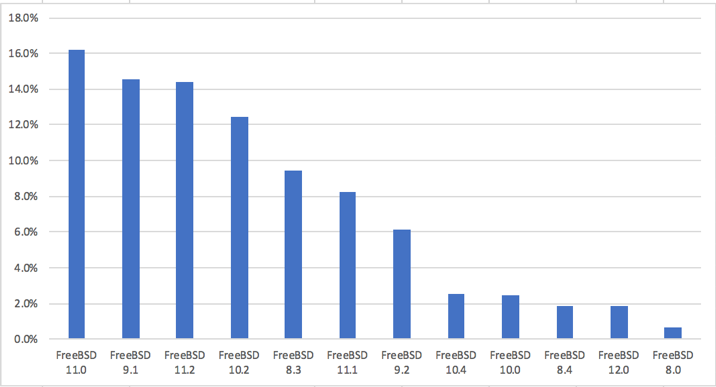 Figure 5. Graph of FreeBSD versions based on how common it was in the banners analyzed

We have updated TrustKeeper scan engine’s operating system fingerprint with the data obtained.