CVE-2018-15982 is the Flash 0day that was patched by Adobe at the beginning of December. At the time it was used by an APT group with the delivery mechanism being an Office document with the malicious Flash file residing inside, Qihoo360 published a good analysis of this attack.

Researchers who looked into the exploit speculated that it would be trivial to repurpose the exploits for a different attack, and it appears that they were right.

On our end, what we encountered was a variation that did not make use of an Office document as the initial vector. Instead, this is full drive-by download attack. We’ve started seeing this CVE being integrated into exploit kits where the Office document is also left out of the equation, but in our case, the CVE is completely standalone on a domain.

What’s worrying about this case is that despite its relative simplicity it seems that not a lot of security engines out there seem to block it, and two of the four engines that blocked it marked it as “Phishing”: 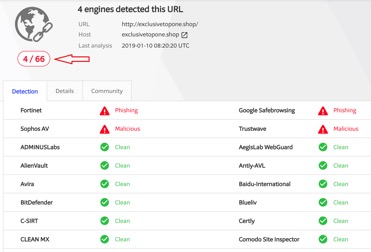 We checked the URL against various security engines out there when we first discovered it, and it seems to have gone largely ignored by some:

The site remained “untested” for a few days, but about a week later we returned to find it being cautioned against, but once again confusingly for being a phishing site and “identity threats”, despite it delivering a malicious Flash: 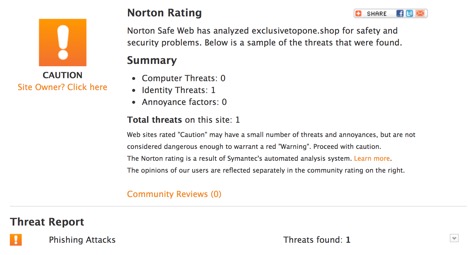 Unfortunately, by that point when we checked again the original site was already down.

This curious trend of the site being marked as phishing continued with some inconclusive results by zscaler’s online URL scanner: 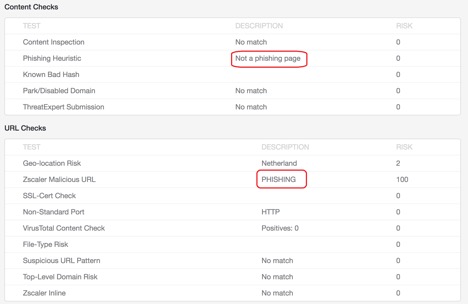 Now, a distinction between a Phishing URL and a malicious one is important in terms of incident response- there is a difference between warning an organization that credentials may have been disclosed and that the organization may be compromised with malicious code running within it. But putting this aside, a quick technical overview of the page leaves an open question as to why such a simple page doing nothing but load a malicious Flash file is flagged as phishing to begin with.

“gupa.swf” (MD5: cdbbdc5a317d25e92912e1da166f3107) is the offending Flash file, and in Figure 1 we can see indicators of the successful exploitation attempt as the shellcode attempts to download a file by the name of “in.exe”.

Unfortunately, the payload was no longer available at the time when we went back to examine it, but a snippet of code from gupa.swf definitely shows that their intention was to perform a download-and-execute post exploitation:

Figure 6: shellcode from gupa.swf trying to run a malicious executable

These days we’ve also grown to expect heavy amounts of evasion and obfuscation of most malicious content, so if you’re wondering what else the page may have been doing to get it flagged as phishing, the answer is not much at all: 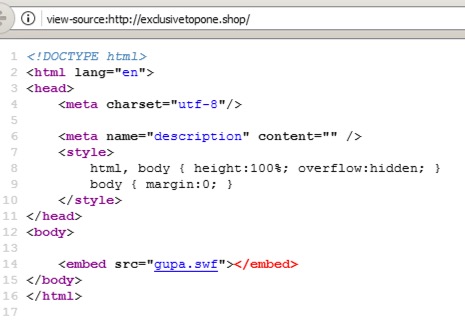 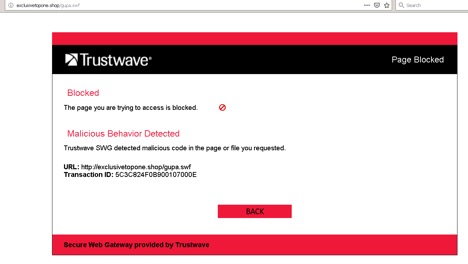 Trustwave SWG customers are protected against this attack.