This series of blog posts will cover the internals of how the MailTo ransomware works, but as a start, here's an overview of the full attack flow: 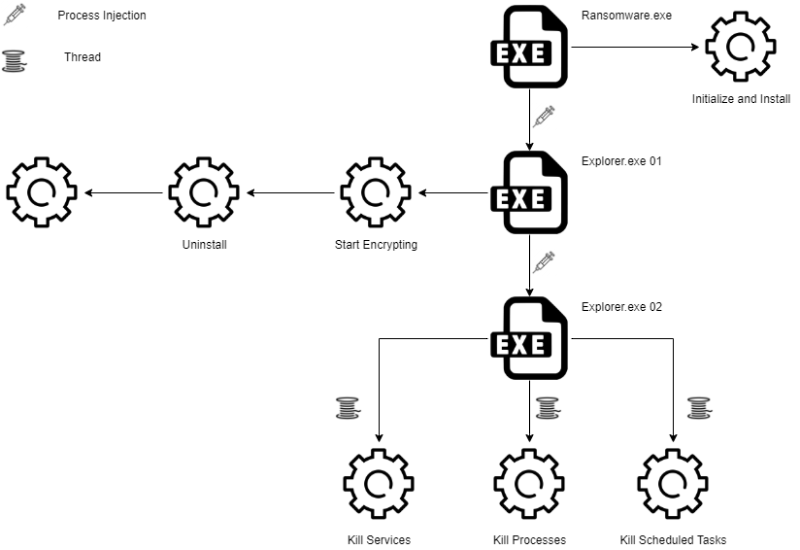 Doing basic static analysis on the MailTo ransomware, it is apparent that the ransomware is obfuscating many of its API calls due to a lack of found imports. 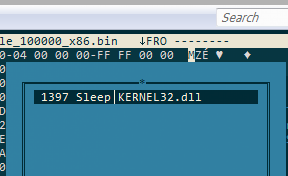 We can quickly denote that an array of function pointers is being built with the function pointer addresses being resolved through a function iterating over the exports of a module, hashing the name of the export with CRC32 and then comparing it with a hardcoded CRC32 hash to know if it has the correct address. A list of loaded modules is scanned to find if the module for the export is loaded or not. If the module is found to not be loaded, it is loaded into memory via “LdrLoadDll” and added to a list of loaded modules. 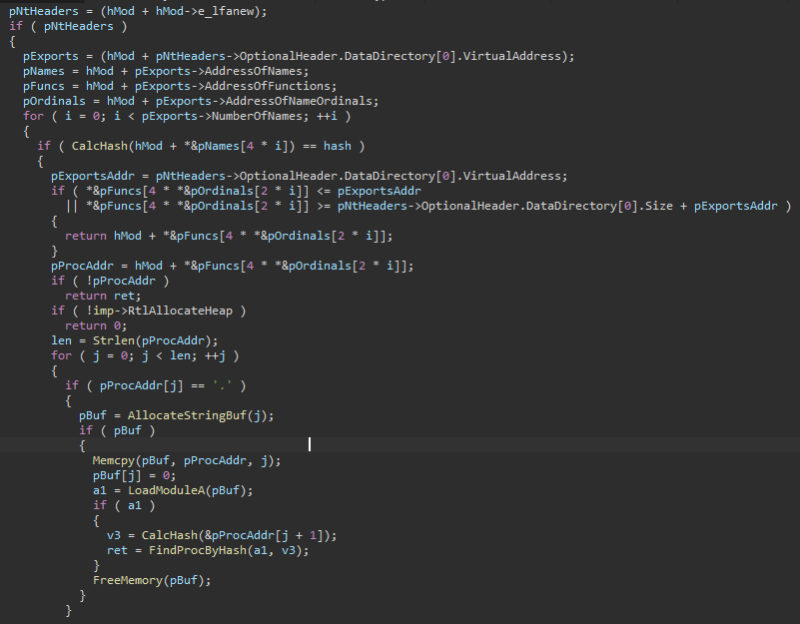 In the sample we analyzed, a total of 149 function calls were resolved, with many being undocumented functions such as “NtGetContextThread”, “NtQueueApcThread”, and more.

The configuration for the MailTo ransomware can be found under the resource section of the executable as a resource labeled with the name “1337”. Figure 8 – Returns Image Base of Ransomware

The below table is a description of the configuration of the MailTo ransomware.

One field of interest is “mpk”. We presume this field stands for “my public key” as this is a base64 encoding of the attacker’s public key. This field is of interest to us because it is one of the first indicators that the ransomware's encryption will not be decryptable without the attacker’s private key. “white”, “kill”, “net”, and “unlocker” are also fields of interest as they help us guess the functionality we should see within the ransomware. 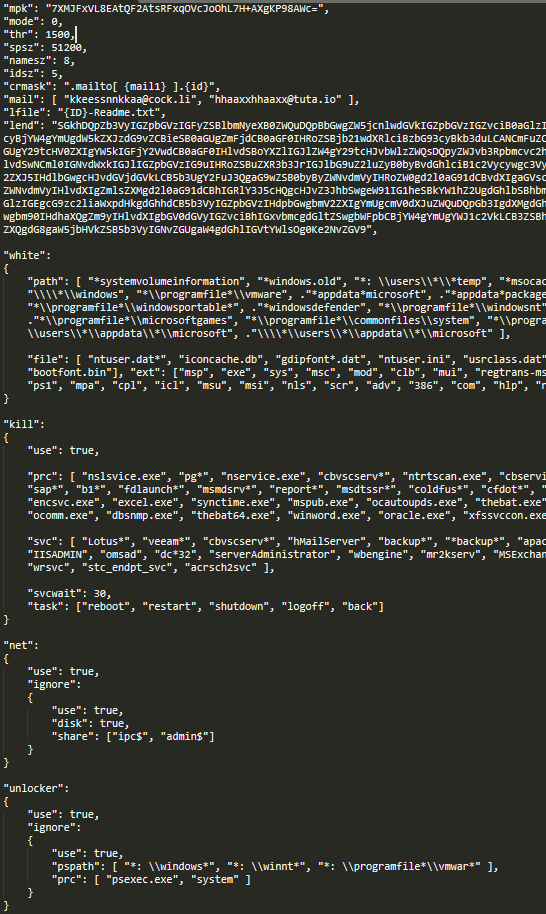 There are two main global structures used throughout the MailTo ransomware. One structure contains data about the system and holds information for encryption, and the other structure contains data that has been parsed from the configuration. The first structure we named “MachineInfo” and has much of its data initialized right after the configuration has finished decrypting. The “MachineInfo” structures holds, and is initialized with, some of the following data:

The data in this structure is read from, and wrote to, throughout the ransomware’s execution.

One of the first installation steps the MailTo ransomware will take is to generate a unique name with a size based on the field “namesz”, in this sample, 8 characters.

Otherwise, if the ransomware determines that the opposite is true, it will copy itself to the following path:

If the ransomware has been executed without administrative privileges, it will copy the file to:

After it has been copied to a path, the ransomware will delete itself from the original execution location.

MailTo makes use of registry keys to store encryption keys and to set up persistence on the victim’s machine.

When the ransomware sets up a registry key for persistence it will make use of the following registry key:

A value is then placed under this registry key with a path to the ransomware:

MailTo also creates its own registry key and value named under its generated unique name. The value holds a 140-byte binary blob of data which stores encryption key information necessary for encryption and decryption (used with the attacker's decryptor which has their private key).

At this point, MailTo has installed itself on the victim's system, initialized all of the important configuration options (like the encryption keys it will use) and, finally, set up a process for persistence so that the malware will be able to relaunch itself even after a reboot. In the next two parts of this series, we'll show you how the malware executes, embeds itself and starts the process of encrypting the victim's valuable data.