In Part One of this series, we discussed how MailTo ransomware installs and configures itself on the victim's system and in Part Two we discussed how the malware, executes and injects itself into the system. In this post, we take a look at what makes ransomware different than other malware and gives it its deadly bite, encryption.

Just before the encryption routine begins, the MailTo ransomware performs the following tasks:

We found that the ransomware uses this implementation of curve25519:

This is implemented to create a key to be used with a ChaCha stream cipher to encrypt files. It is not possible to decrypt any encrypted files without the private key of the ransomware owners.

The MailTo ransomware has three main threads that kick off the encryption, each thread having its own purpose. One of these threads is aimed at encrypting the local drive while the other two are targeted towards encrypting shared network locations.

The first thread created for the encryption process serves the roll of encrypting the local disk drives via the API function “GetLogicalDriveStringsW”. This function will return a list of drives and shared network locations. This routine will begin creating threads for every file and directory to encrypt on the found drives. It attempts to connect with the network locations using the current user’s access token and via the API functions “WNetUseConntectionW” and “WNetAddConnection2W”.

When the MailTo ransomware has finished encrypting, it will open notepad with a ransomware note. After the ransomware note has been displayed, MailTo deletes the following entries from the system if they exist: 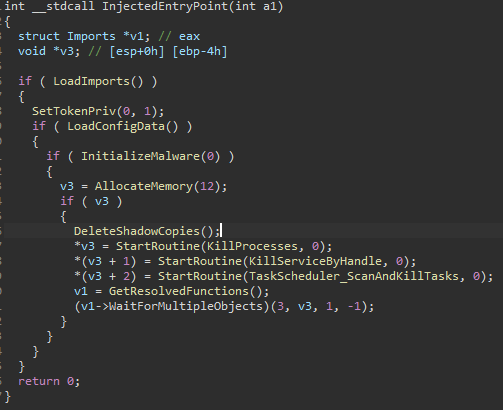 Figure 26 – DeleteShadowCopies() call inside of Explorer.exe (2)

The MailTo ransomware is complex ransomware which effectively does its job of encrypting files. What makes MailTo tricky is its ability to leave no stone unturned when it comes to encrypting files. The ransomware has been designed in a careful way to ensure that its privileges are exhausted to the fullest extent by enumerating every logical drive and network share through impersonated user accounts. The ransomware also makes sure that it destroys any handles to files that are not its own. Even if a service or process is making changes to a file, the ransomware will eliminate that process/service and encrypt the file. The ransomware also sets up a persistent registry key and only removes it once the encryption has been complete.

MailTo does its best to minimize its detection vectors by deleting itself, hiding its imports, and injecting into processes using stealthy techniques. MailTo avoids the use of suspicious Windows APIs as much as it can by using the undocumented windows functions and keeping away from the Windows crypto API. Even though MailTo has its flaws such as with service termination, this ransomware will successfully encrypt files on a system and mapped network drives without the possibility of decrypting them without the ransomware private key.

MailTo is getting more and more popular, so stay safe and keep offline or unconnected backups of your important data.